DebateDrills’s rankings rank teams based on an elo system. In elo systems, after every game/round occurs, the winning teams takes a certain number of points from the losing team based on the arithmetic difference of their scores, such that beating a strong team yields more points and beating a weaker team fewer points. The number of points is determined by the following formula:

where S represents the shift in Elo, K is a semi-arbitrary factor (more on this later), mv is the margin of victory, and wp is the probability that the team that won the round would have won based on their elo. The variable wp is calculated as follows:

where ed represents the elo difference between the two teams. For example, if a team with an elo of 1900 debates a team with an elo of 1500, the probability per this system that the higher ranked team wins is 10/11, or 91%. If two teams have the same elo, then the fraction wp becomes simply .5, which makes sense. Let’s take a look at how K and mv are calculated.

The default value for K in our rankings is 50. This means that, ignoring mv, the most points you can gain from one round is 50 (by defeating an infinitely stronger team). We chose to cap the number of points you can lose in one round because a) people always have rounds off and b) judging can be very inconsistent. However, we weight tournaments by their bid level. In order to do this, we weight octos bids fully, but halve the value of K for each tier down. That means that quarters bids have K=25, and so on. This is to avoid idiosyncratic results from small finals bids influencing the rankings too much. This is a methodology change, as the rankings used to run with K=25. We found that this higher value of K made the rankings more dynamic and reduced the bias towards frequent competition.

Now let’s talk about mv. In a prelim round, mv is always 1, because you can’t win a prelim by more than one ballot. In an outround, however, we use the formula

where f is the probability given by our elo function and o is the actual outcome. For example, if our model says that team 1 has an 60% chance of winning a round and they go on to win, we add 0.42=0.16 to the Brier Score sum. The lower the Brier Score, the more accurate the model. A model that assumes every round is a coin toss would achieve a Brier Score of .25 on average. Here are the Brier Scores for these tournaments:

To assess the quality of the Brier Scores, we can convert them to Brier Skill Scores using the following formula:

We used the value .25 because that is the Brier Score we’d expect a random forecast to achieve. Unlike with Brier Scores, higher Brier Skill Scores are better. Here are the scores:

Since we based our elo forecast on FiveThirtyEight’s, we can compare our Brier Skill Scores with theirs. In general, the rankings are roughly in the middle of the pack when compared to FiveThirtyEight’s sports forecasts, which is exactly where we’d expect to be, considering we based our model off these forecasts. Their politics forecasts do perform better than ours, which makes sense because the vast majority of elections are not close and thus easy to forecast (ex. the presidential race in Alabama).

Especially considering that the season is still young and our rankings do not have a lot of data on most teams, this is a very good result. From our data, we see that in general the rankings perform quite well, but particularly well in elimination rounds. This makes sense because these rounds typically see more experienced teams that our rankings have more data points on as well as experienced panels of judges. 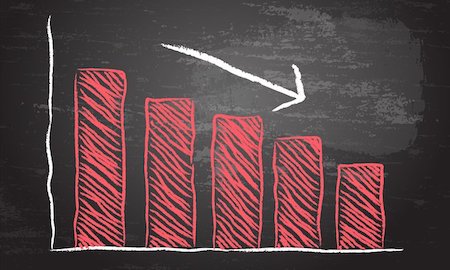 DebateDrills’ PF and LD rankings include all national bid tournaments hosted on Tabroom and make use of an elo-based system. This article introduces the rankings systems by giving a brief look into their methodology and FAQs.

Lucas Clark discusses the expectaions that debaters should set for themselves competitively.