One of the most underappreciated skills required to win a tournament is mental strength. The prep and the argumentation is difficult enough, but not the whole picture. There are plenty of debaters who are incredibly skilled and well prepped that end up falling short of the success they deserve because they don’t approach tournaments with the right mindset. This post will discuss the many different aspects of the winner’s mindset that is required to consistently push through to late elimination rounds at high-intensity tournaments.

Your approach to tournaments should be fundamentally grounded in the understanding that winning a debate tournament is a marathon, not a sprint. Making it through 6 or 7 prelim rounds across two days is hard enough, but people often don’t understand how much more effort it takes to win a tournament than it does to make it through prelims. Let’s look at the numbers. At a normal octos bid tournament,  making it to the final round will take double the number of rounds you would do if you only went through prelims. Elim rounds are often even worse; they are significantly higher intensity and have way less down time between rounds because they aren’t flighted anymore. As a result, many well prepped, skilled debaters will burn out and lose earlier than they should.

The phrase “always be hungry” is at the core of the winner’s mindset. More than anything else, you need to have a constant drive to win and get better. When that team you’ve always been scared of comes up on the pairing, you should be excited for the opportunity to take them down. I always found it helpful to listen to intense music before rounds. At times, I would get so fired up that I couldn’t sit still. Picture yourself winning that big round and think about how satisfying it will feel when it’s all over. The bottom line is: if you can foster a strong hunger and drive to win, you will win. It will bring the motivation to cut that extra card, write that extra block, and win that extra round.

Before I continue, I want to make it clear that winning means nothing if you do not debate with ethics and respect. Too often, teams get blinded by the idea of winning and cut corners to do so. This manifests mainly in bad evidence ethics and rude behavior in round. Those teams never win in the long run. Remember, we debate because it is an educational activity that provides us with many valuable life skills. Winning is the result of a properly executed pursuit of those educational goals, and provides us with motivation to do so.

There are several other components to the winner’s mindset. One of the most discouraging things that can happen at a tournament is losing a round you thought you should have won. Unfortunately, this happens very often in PF due to the variability in judge experience. It is incredibly important to not get caught up thinking about these rounds well after they’re over. You can’t control the past, so there’s no reason to be upset about it. Always be asking yourself what you can control that will help you avoid this situation in the future. You should focus on what concrete things you could have done to adapt better to the judge if you ever have them (or someone like them) again. This forward looking, optimist attitude will significantly help strengthen your mental health and motivation at tournaments so you never burn out.

Another practice that is crucial to your mental health is your physical health. While it is important to prep whenever you can between rounds at tournaments, you should also make sure to eat well and often, take breaks, and sleep. Being well rested will make you think better and give you more energy for the day when you really need it.

Finally, keep everything in perspective. You can’t win a tournament without luck, and sometimes luck just won’t go your way. Remember that it is just a high-school debate tournament and that there will be plenty more opportunities to come back even stronger. Getting beat up over tough losses or bad performances will only make you get in your own head and distract you from improving.

While there are plenty of other factors that go into winning a tournament, these steps to strengthen your mental health at tournaments will go a very long way to help you take your debating to the next level. Make sure not to forget the most important thing - have fun! 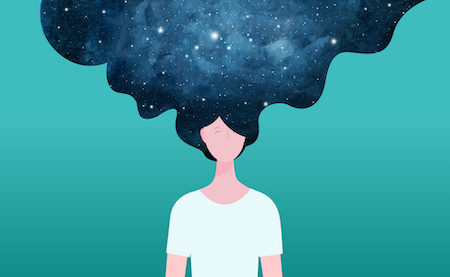