Hear the phrase “debate is a game” and your first thought is likely a middle-of-the-bracket policy team desperately giving a framework 2nr rambling off community cliches about the argument. Since its inception, the argument (or interpretation) of debate as a game has been used by framework debaters and criticized by K affs for a variety of reasons. Despite this, I attempt to consider a game theoretic interpretation of debate from the realm of economic theory, and from there tease out some (hopefully content-neutral) implications of such a theoretical formulation.

First is the definition of a game. I use the standard normal form definition of a game; that is, a set G with N players, each with an action space Ai  and a utility function ui, with each ui taking a vector of strategies of all players to some real number. From this abstract definition, it should be relatively obvious that debate (and many other things) are a game. There are a finite number of actors who interact with each other, with some (quasiprivate) utility observed at the conclusion of the round (some combination of W/L, how much they enjoyed the round, speaker points, and other things). Note the lack of normative assumptions in my argument that debate is a game; I have not put necessary requirements on what individuals who participate in debate should or do gain utility from, just that they have some preferences which obey some weak behavioral axioms. I can, of course, also assume without loss of generality that the action space is finite (how would debate have infinitely many strategies to pick from?) Finally, note that I do not require my action space to be deterministic, nor do I require constraints on information (where would the fun be with debate if we all had perfect information!). Yet, despite the very weak structure I have endowed on my model of debate, I believe several insightful statements can be made from this game theoretic viewpoint and the arguments that arise from it.

Individual Rationality: To borrow a concept from (basic) mechanism design, (restricted to the individuals who participate in debate), the utility gained from debate must be nonnegative (since they always have the opportunity to leave the activity and collect zero utility). This is not to say that there aren’t people who have left the activity because it was more harmful than good for them – but it does make a basic, truth level argument that participation in the activity means an individual’s long-run average expected utility from participation is nonnegative, and therefore, debate must have some positive value for each individual participant. (Absent externalities, people outside the activity collect utility 0). Aggregation then implies the activity cannot have actively negative value to its participants, and at the very least has some characteristics which are worth preserving.

Strategic Decisionmaking: This argument is twofold. First, understanding debate as a game means that strategy must definitionally filter every aspect of the round. Unless an action that is taken does not change the total expected utility, any action taken in debate is utility-maximizing and thus strategic. This is an important argument; coupled with a weak teleological argument about the ballot, it creates a robust theoretical basis for why strategy filters every single argument that we read; which is a good axiomatic intuition for both conceptualizing debate as a whole and for thinking about impacts in debates about what debate should be. Specifically, I think that understanding debate as a game illuminates such concepts are mixed strategy equilibrium (going for the same thing every time might not be the most strategic – your utility is monotonically decreasing as your opponents information about you increases) and helps create a natural endogenization of predictability and its impact on strategy (see #2), which is undoubtedly useful.

Choice under Uncertainty: This last blurb is, unlike the other two, about the converse.

The point of economic modelling is to deliver insight. This was, admittedly, not a very formal (or very powerful) economic model. Yet, but laying out debate in game theoretic language and formalizing a few key, basic assumptions about debate, I hope that this post helped you gain insight into not just the what of debate but the why behind some of the things we do.

†Absent footnotes, much of the work in this article builds on influential discussion in:

This is part of an ongoing series of blog posts where Daniel Luo talks about Debate and Economics. In this issue, he discusses novel uses of microeconomic theory in debate, with a particular focus on social choice and game theory. 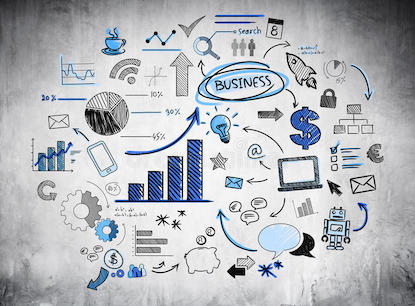