When it comes to competing at debate tournaments, how often is too often? Debaters are often eager to go to a number of tournaments, but may underestimate the drain of back-to-back competition, or the competing obligations imposed by school and other extracurricular activities. A predictable pattern often ensues. At the beginning of the year, a given student will sign up for a large quantity of tournaments and quickly burn out as the year progresses. They’ll then pull back and compete rarely. Some debaters even quit as a result of this burnout.

First, try to map out your entire tournament schedule at the start of the year. When debaters focus on isolated periods or go week-by-week, they tend to not appreciate the number of tournaments they have signed up for. If one looks at the entire year’s schedule, they can better make determinations to the effect of “Wow, I signed up for 18 tournaments this year – that seems like it could be a lot towards the end of the year.” This can help them adjust accordingly.

Second, try to minimize the number of back-to-back tournaments. While this is acceptable within reason (i.e., there is a particular two-week stretch with two important octas bids), there is such a thing as too much debate. Back-to-back tournaments are especially challenging because they offer no real time to regroup and rest. Immediately after the tournament, the student jumps right back into the swing of things with school (likely having to make up some work) and then repeats within a few days at the next tournament. Having a weekend to recover is usually quite helpful, but that’s absent here.

Third, prioritize geographically. This is somewhat of a moot point in the online debate world (although time zones should be considered) but is very relevant with in-person debate tournaments. Traveling to a tournament across the country includes an extra travel day perhaps (on either end of the tournament) and will include additional time zone adjustments. This may mean that you should attend fewer of these tournaments, or at minimum that a tournament that’s far away should be attended only if there is a week in-between that tournament and the subsequent one.

Fourth and finally, be selective about what tournaments are truly the most important. Tournaments that have poor judging or aren’t competitively interesting to you don’t need to be attended. With top circuit debaters, perhaps that means only attending quarters and octas bids. For traditional debaters, maybe it means staying within one’s region. Beyond saving time and money, it will also save up one’s energy for the tournaments that really count.

Tournament selectivity is something that many debaters gloss over, producing tournament schedules without much thought. However, this is important – we’re only human, and we tend to get stressed or overwhelmed if we put ourselves in conditions to unduly burden ourselves. A realistic tournament load can avoid burnout and make this far less likely. 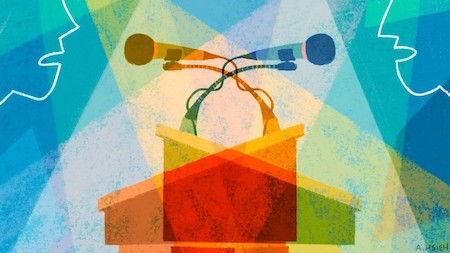 With tournaments being online this season, there are bound to be a ton of changes with respect to how you prepare for tournaments. It’s going to affect how we all view debate competitively, socially and mentally. This article outlines tips and tricks for navigating online tournaments. 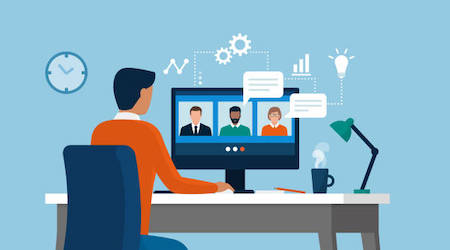 Despite having debated online for some time, people are still getting used to the new format. This article will focus on some things you can do to help smooth the adjustment, both in terms of your enjoyment of tournaments and also for competitive success.