Why Parent Judges are Underrated

It’s round 6 and you’re on the bubble. You look at the pairing and your heart sinks as you see that your judge is a parent. Every single PF debater has experienced the anxiety of having a parent judge. Almost everyone believes that parents are the worst judges to have because they often can’t follow the intricacies of the flow. However, the reality is that parent judges are far more predictable than most people think. While it may be tough to persuade parents to vote for you, it takes the same skill set every time. Once you understand and master these skills, winning parents will be just as easy, if not easier, than winning tech judges.

PF debate was created for the purpose of having a debate format that requires you to be able to persuade anyone from any background to vote for you. As such, there is a very wide range of judges in the format, and that won’t change any time soon. All PF judges can be placed on a linear spectrum, with inexperienced community judges (lay judges) on one end, and experienced tech judges on the other. The further you get towards either extreme, the more predictable your judge will be. All debaters generally understand that winning a tech judge is a very objective and systematic process. If you read strategic arguments, collapse properly, and win the weighing debate, you will win the flow and thus win the round. Winning parent judges is also a very systematic process that relies much more heavily on their perception of you. Since parents often don’t have a great sense of how to evaluate a flow, you don’t need to worry as much about winning it. Many of you are familiar with Aristotle’s rhetorical triangle: ethos, pathos, and logos. While tech judges are usually won via logos (logical reasoning and facts), parent judges are most susceptible to ethos (your personal credibility) and pathos (your ability to invoke an emotional response). Winning judges that fall towards the middle of the spectrum requires a nuanced mixture of all 3, thus making them significantly less predictable.

Luckily, developing your ethos in front of a parent is also an objective and systematic process. You will notice very quickly that the same tools will have the same effects on parents every single time. When thinking about how to win a parent, I’ve always found it helpful to put myself in their shoes. If I was a parent and didn’t know how to evaluate the flow, what things would I be looking for to clue me in on which team is winning? Parents will almost always vote for the team that appears to be smarter, more experienced, and in control of the round. Thus, you should focus your efforts on appearing as such, even if you’re losing the flow.

It’s important to note that this strategy can sometimes backfire on you if you aren’t careful. There’s a fine line between appearing confident, knowledgeable, and in control and appearing cocky, condescending, and abusive. A term commonly used in PF when referring to appealing to parent judges is “perceptual dominance.” This term is, rightfully so, is beginning to be phased out because it implies that you have to dominate and overpower your opponents to appear persuasive. This imposes a hypermasculine narrative on lay debate, and could not be further from the truth. In fact, a softer, more sensitive appearance can be more effective on parents. You’re still a kid after all, so use it to your advantage.

There are several tools, both rhetorical and physical, that will always be effective on parents. First and most importantly, you need to radiate friendliness from the minute you walk into the round. Be nice to your opponents, greet your judge, and smile. A good mood is contagious and makes the judge feel at ease. The other important aspect of your demeanor outside of speeches is to act mature. Friendliness and maturity will strengthen your ethos significantly. Secondly, during speeches you should make lots of eye contact and speak with authority. Keep in mind that authority doesn’t mean aggressiveness. Rather, it means you must sound certain and sincere about everything you say. Using your hands and other physical gestures during speeches is also a great way to make sure your judge is following along. It enables you to create extra emphasis on the important points that you need to make stand out.

There are also several rhetorical tools that you can implement during speeches to help build your ethos in front of parents. Firstly, change up your speed and tone of voice. It makes you sound much less monotonous and a less consistent speech pattern will keep your judge engaged. Secondly, you need to characterize the arguments as well as your opponents. Spend time describing the role of the arguments in the round so the judge doesn’t have to interpret for themselves. For example, use phrases like, “this is the most important argument in the round and we are winning it” or, “you don’t have to look at any other argument because my opponents have conceded this and it has lost them the round.” Even if these characteristics are somewhat inaccurate, your judge often won’t be able to tell the difference and will be inclined to believe you. Third, and most importantly, make sure to use ballot directive language. It is one thing to explain an argument well, but if you can explain to your judge what that means and why it wins you the round, they won’t have to decide that for themselves and you won’t risk your judge coming to the wrong conclusion.

These are only a few of the many tools you can use to win parent judges consistently. The most important thing to remember is that almost all parent judges decide rounds the same way. Once you get a good grasp on what that decision process looks like, you can take control of the round and win every parent you come across. 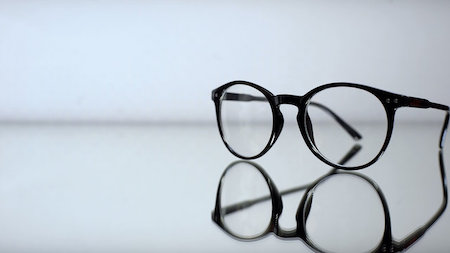 This article tries to bring to light some of the things that I feel like people aren’t discussing enough. These observations are based on my perspective from judging. 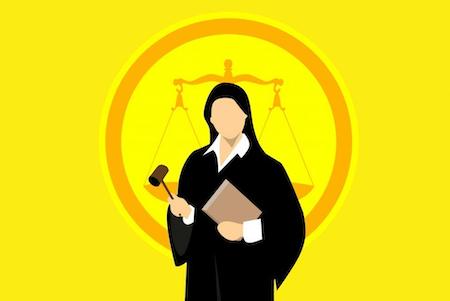 Theory Debates: 3 Ways to Adapt to Your Policy Judge

Picture this: you are at a tournament, editing your “neg doesn’t get fiat” shell to perfection, only to find out that the judge of your next round is a former policy debater. If theory is your A-strategy, this might worry you. Here's a few ways you can adapt to your judge.